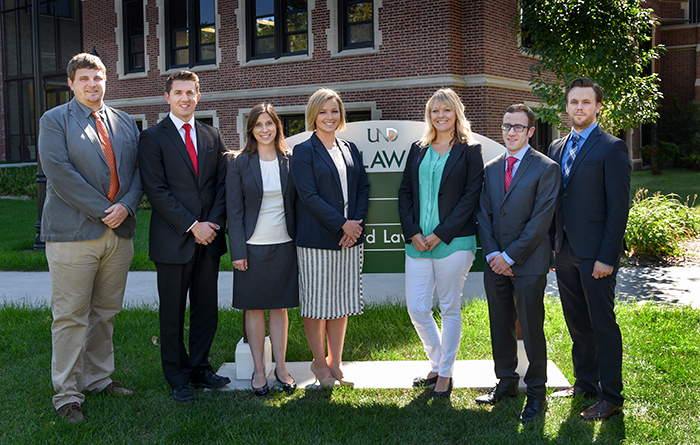 Environmental Law Society -- University of North Dakota is on Facebook

An old club gets a new breath of life, complete with plans to draw young students.

The Environmental Law Society is not an entirely new organization at the University of North Dakota, but until last semester it had been dormant for some time. A group of UND Law students have decided to take up the cause of reviving the organization and contributing to campus awareness of environmental issues in the process.

Scott Brand is a first year law student at UND, and is the driving force behind the group's revival. "The main reason I got involved is that I have an intense interest in environmental issues and wanted to be able to nurture that interest," said Brand. "I figure if we can get people together with common interests and common goals related to the environment, and can involve the community, then there's no better place to do that than at our university."

Students may have encountered the group already. In the wake of the disaster in Haiti, they joined forces with the Law Women's Caucus to sell t-shirts raising funds to benefit the recovery efforts.

Brand acknowledges that the shirt sales don't directly relate to the issues the environmental law society will eventually be focusing on, but it was a good cause, and one that could easily be taken up by a group that is still in the process of forming. "We didn't have much money, but we did have people who wanted to help," he said.

The shirts are still available, and are sold most days in the Memorial Union for $10. Of the price of the shirt, over $8 goes directly to the relief efforts with the remainder covering the cost of the shirts - the organizing groups are taking no profit from the effort.

As the semester goes on, the group will be bringing guest speakers to campus. According to Brand, these events will address "issues related specifically with North Dakota and wind energy."

He hopes that these events can grow into a series come next fall, which will feature guest speakers from diverse range of interests and fields related to wind energy. The group is also looking to get their hands dirty. "Some things we've looked at are involving the university in cleaning up the English Coulee, as well as going into the greenway and repairing some habitats along the river."

And when our temperatures finally crawl back above freezing to stay, you can keep your eyes peeled for another event the group may put into action-ride your bike to school week.

After spending much of last semester working through the process of drafting a new constitution and making sure the group got into good standing, Brand says that members are excited by the opportunities that arise from being such a new face on the student organization scene. "The fun thing about it is that we're brand new, so we can really take it any direction that we want and we can make it as big as we want," he added.

The hope is obviously that the group will be better able to sustain itself than it was in the past. Brand thinks that working through practical law related training they can cultivate an interest among younger students.

"We want to get involved in moot court competitions related to the environment. You usually bring in your third year students to compete, but each year the third year will bring along a second year, or first year student," he said. "So it could be its own type of cyclical recruiting program."

We use cookies on this site to enhance your user experience.

By clicking any link on this page you are giving your consent for us to set cookies, Privacy Information.